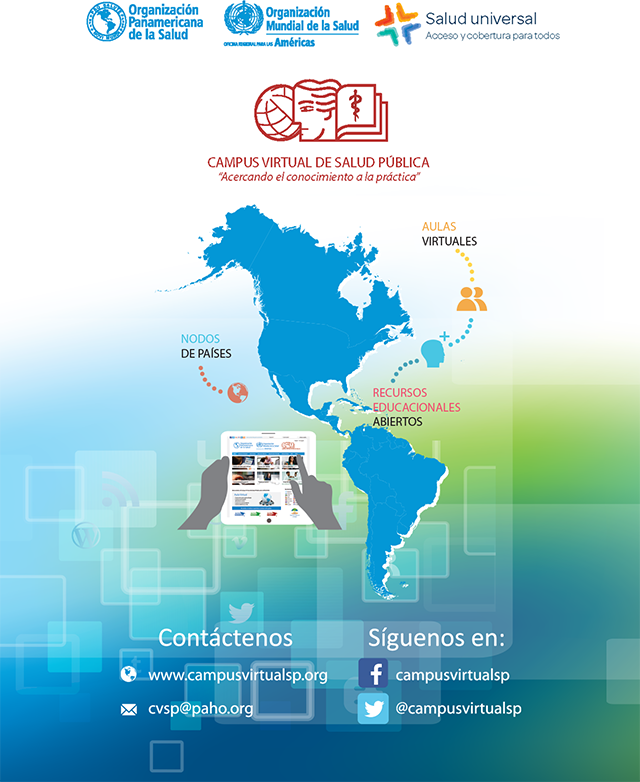 Panama City, October 12, 2016 (PAHO/WHO) - The Virtual Campus of Public Health (VCPH) of the Pan American Health Organization/World Health Organization (PAHO / WHO) celebrates reaching 250,000 participants on its virtual learning platform. With more than 15 years of history, the VCPH is a Technical Cooperation Strategy of PAHO which aims to support the development of competencies of public health practitioners, strengthening institutional capacities and public health practices in the region of the Americas.

PAHO’s VCPH was designed and launched within the process of educational innovations in the region, where the Campus was a pioneer in the promotion and use of new information and communications technologies (ICT) from a perspective that promotes the design of free, interoperable and decentralized operational systems.

Since the first online courses launched in 2007 and 2008, the VCPH has grown and developed in multiple dimensions, emphasizing the inclusion of all thematic areas of PAHO, offering courses in various formats (tutoring and self-learning), a variety of resources to promote the exchange of experiences, knowledge and collaborative learning (website, online classrooms, Open Educational Resources, virtual clinic).

Currently the Virtual Campus hosts all the classrooms in the “cloud”. This focus on accessible online storage allows the Campus to grow steadily in number of users and so bolsters the training of human resources for health in the region.

User growth runs in parallel with significant development of the VCPH nodes in countries in the Americas, as well as an exponential increase in the supply of self-learning courses, also known as "Massive Open Online Courses” (MOOCs) which in some cases exceed 35,000 participants.

Four classrooms make up the virtual campus: the regional classroom, countries’ classroom, staff classroom and MOOC. In total, 124 versions of regional courses with tutoring and 51 self-learning courses are offered in the four official PAHO languages: Spanish, English, Portuguese and French.

The Virtual Campus educational proposal, framed in the historical perspective of Permanent Education in Health, promotes a strong relationship between the conceptual contributions and analysis of problems in health services practice, always seeking the development of health workers’ skills and capabilities in the region.