Dr. Carlos Bloch passed away at 81 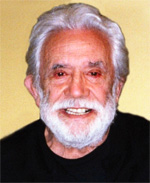 The June 11, 2013, at 81, passed away Dr. Carlos Bloch, Rosario unionist prominent physician and sanitarian recognized internationally. He studied medicine at Rosario, was a student activist and became a doctor in 1957. He joined the Board of the School of Medicine until 1966 coup. In parallel also involved in union medical organizations as the Medical Federation of the province of Santa Fe and Rosario Medical Association. Since this space is among the organizers in 1965 Argentinean Social Seventh Medical Conference held in Rosario.

In the seventies he was among the founders of the Association List leading Rosario Medical Association to date.

However his most recognized performance is as sanitarian and as such participated in numerous conferences and national and international symposia. It was founded in 1974 and director until his death, the Center for Health and Social Studies (CESS) now integrates Health Institute Juan Lazarte by the Municipality of Rosario and the National University of Rosario. Actively participated, along with other health specialists in the development of major projects such as the NHIS (National Integrated Health Service). He was the author of numerous books on social medicine and directed, for several decades, the Journal CESS Social Medical, one of the largest collections of Latin American sanitarism.

To those who knew him and shared their activity suit and commitment will never be forgotten and organizers to move on.